Following the opening of Romeo & Juliet and Pigeon English this week, theatre critics from The Telegraph, Radio Times and many more have given our West End REP Season at the Ambassadors Theatre a huge thumbs up!

Directed by Anna Niland on an adventure-playground set, the production ripples with physical activity and streetwise authenticity across the boards.

With acting increasingly a rich man’s game, the NYT is as important as ever in shaping raw talent and giving it a leg up. Judging from tonight’s electric performance, the class of 2016 will also go far.

Superb direction from Anna Niland and Sean Hollands mean that NYT’s Pigeon English is as impactful as Stephen Kelman originally wanted it to be, shining a light on inner city gang warfare with a manner that is both touching, gritty and raw, but flecked with moments of light.

Grab a ticket while you can! Pigeon English and Romeo & Juliet are at The Ambassdors Theatre until 23rd November. 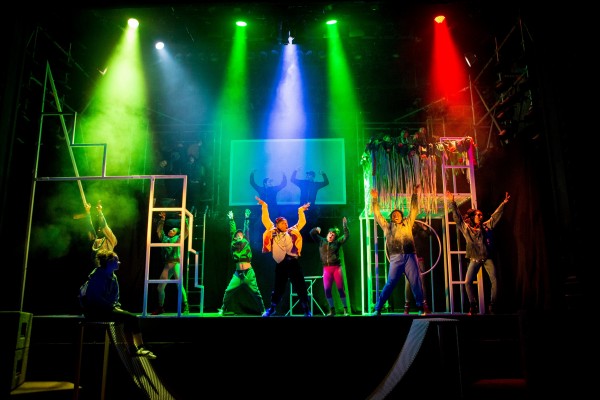