The National Youth Theatre are collaborating with the University of Hull on a new production On the Edge, which will be performed live at the global UN climate conference, COP26 in Glasgow at 12.30 on Friday 5 November. The sold-out production will be live-streamed via the COP26 YouTube channel and available to view world-wide.

On the Edge will explore young peoples’ eco-anxiety in the face of climate uncertainty through the power of spoken word, poetry, music, and short film. The production will be performed live at COP26 next month by 11 young performers aged 18-26 who are members of National Youth Theatre’s network of young creative people. It will include a new commission, I Don’t Care a 30-minute short play written and directed by Adeola Yemitan and a Climate Cabaret, curated and directed by award-winning political playwright and director Tatty Hennessy. Adeola Yemitan graduated from the NYT’s award-winning REP Company in 2021, made her professional debut in the critically acclaimed Antigone at the Mercury Theatre in Colchester in October, won the 2020 Samsung Spotlight Prize and recently was invited to join the Southbank Centre’s New Poets Collective. Tatty Hennessy adapted George Orwell’s Animal Farm to critical acclaim for the NYT REP Company earlier in 2021, other credits include F* Off for NYT in response to the Cambridge Analytica scandal and A Hundred Words for Snow.

The performances will be followed by a Q&A with NYT members, creatives and Briony McDonagh, Professor of Environmental Humanities at University of Hull.  Academics from the Energy and Environment Institute and AHRC-funded project ‘Risky Cities’ at the University of Hull led research and development workshops as part of the co-creative process. They will attend rehearsals as well as contribute to the final performance in Glasgow.

Find out more at www.nyt.org.uk/ontheedge

MELT began with an online research and development phase in spring 2020 during the pandemic before premiering digital work at the First Light Festival in Lowestoft. One year ago in October 2020 The Last Harvest was staged as part of MELT, opening the new Sanctuary Theatre in Shropshire, an earth amphitheatre built by sustainable farmer Tim Ashton on his farm in as an emergency response to the challenges faced by the theatre industry, providing a new safe outdoor space for performance. MELT is the latest large-scale mass-participatory work from the National Youth Theatre following S’warm at iconic sites around London in 2010, SLICK by Ali Taylor at Sheffield’s Park Hill Estate in 2011 and FLOOD by Rory Mullarkey at Artistree in partnership with the Hong Kong Youth Arts Centre in 2018.

Paul Roseby OBE, CEO and Artistic Director of National Youth Theatre of Great Britain said: “The pressure is on for all of us to actively respond in reducing C02 emissions, but no one feels that pressure more than ‘Gen Z’, who are tasked with mopping up the mess of previous generations. Post-pandemic the mental fall out mixed with increased climate anxiety is all too critical for our young talent, who are keen to explore the reality of art and activism in a youth-led event at the heart of COP26. Their response will be as surprising as it will be enlightening and it’s vital that National Youth Theatre talent from across the UK has this platform to effect real change, including progression routes to new green jobs. MELT, our multi-year creative response in partnerships with sustainability industry experts alongside scientists from University of Hull, is designed to deliver exactly that.”

Briony McDonagh, Professor of Environmental Humanities at University of Hull, said: “In recent years, we have seen young people become increasingly engaged in the climate discussion – they understand the threat of climate change, and the impact it will have on their lives. “’On the Edge’ puts young people's experiences in front of world leaders, giving them a platform to voice their feelings about climate uncertainty. The climate crisis is already impacting lives around the world - there is great value in combining the arts and heritage to build awareness of and resilience to these impacts on our communities. ‘On the Edge’ advocates for the development of youth-led solutions that will help build resilience to the devastating effects of climate change, including increased flood risk. We hope that this thought-provoking production will show future generations that their concerns and experiences are valued by those who have the power to act on climate change.”

Funding for the project has been provided by the Arts and Humanities Research Council and the UK Climate Resilience Programme. National Youth Theatre are grateful for support from the Culture Recovery Fund. 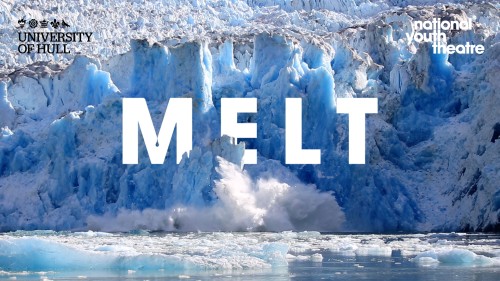 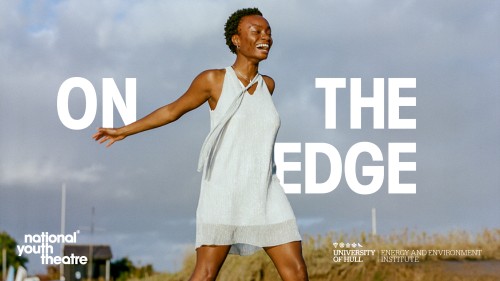