On Earth Day, the National Youth Theatre (NYT) in partnership with the University of Hull announces MELT, a major new three-year project exploring climate change and culminating in an outdoor processional piece with a cast of 1000 young people.

In light of current restrictions on movement, MELT will begin interactive digital research and development sessions and group rehearsals in May 2020 via video conferencing with an initial cast of 200. These sessions will inform a series of physical and digital dramatisations focussing on the flooding of coastal areas caused by climate change and will be released over the course of the next three years.  On 20 June 2020, the ‘longest day of the year’ and Summer Solstice in the Northern Hemisphere, a digital sharing of work created by members during the research and development phase will be live-streamed via www.nyt.org.uk/melt, and will include an invitation to young people from across the UK to join the creative conversation in response to the climate crisis. The programme finale will see a large-scale processional outdoor piece travel through cities and sites on the East Coast of England in 2021/22 to highlight the climate emergency. Dates and locations will be announced in due course.

MELT is led by NYT Artistic Director Paul Roseby as Creative Director, working with Zoe Lafferty, Associate Director of The Freedom Theatre, Palestine and Joel Scott, Artistic Director at Goat and Monkey and creative associate at Punchdrunk. They are joined by award-winning 16-year-old writer Freya Hannan-Mills, who is the first of a collective of young writers to be commissioned from NYT’s on-going online youth-curated events during lockdown, which include RUSH a showcase for Britain’s best young artists of colour curated by Shakira Newton on 3 May (www.nyt.org.uk/rush). Hannan-Mills successfully auditioned for the NYT in 2019 as part of the free Auditions Access Fund, supported by Patron and alumnus Hugh Bonneville.

MELT will be created in collaboration with leading climate scientists from the University of Hull’s Energy and Environment Institute, alongside experts in human geography, and other specialisms who will work with creative talent from the National Youth Theatre over the coming months to help bring the show to life. The University is committed to help combat climate change and its impacts through research, education and by mobilising the power of communities. It brings together world-leading flood and flood resilience specialists within the Energy and Environment Institute helping society adapt to climate change, the collaborative power of Aura addressing the causes of climate change through innovation in offshore wind and low carbon technologies with a rich heritage and expertise in the humanities and creative arts.

MELT is the fourth major environmental work at NYT in the last decade, following S’warm which saw hundreds of young actors swarm iconic London sites in 2010, SLICK in response to plastic in our oceans at Sheffield’s Park Hill Estate in 2011 and FLOOD in partnership with Hong Kong Youth Arts Foundation in 2018.

Paul Roseby OBE said: “I hate to be the voice of doom at a time when we’re all stuck in  the world of Zoom and isolation but we can not let our creative hearts and minds ignore the critical issue that is the Climate Crisis. A year on from Extinction Rebellion and its resulting awareness and division, MELT will seek to galvanize hundreds of Britain’s best young creative voices from across the UK to animate a series of stories founded in scientific fact but told in imaginative bold.  Equally important, is how MELT is being designed with thanks to our collaboration with the University of Hull to drive positive social and environmental change. This unique partnership will focus not only on the impact of rapid melting polar ice caps and the consequences of increased flooding and famine, but also on how to directly inspire and connect young people to long term careers in sustainable local industries in and around the East Coast of England. ”

Co-Director Zoe Lafferty said: “As the devastating effects of the climate crisis destroys people's lives across the world, young people are leading the fight for the right to life. It is an honour to collaborate with the National Youth Theatre and their young artists across Britain, and through culture demand that younger generations not only have a right to a future but reimagine a world with equality and justice is at its core.”

Louise Smith, Director of Aura, University of Hull: “Now more than ever before, we need to work together to transform the way we live and work, to find solutions to the challenges brought about by climate change. Through the University of Hull’s Aura partnership in the Humber, we are shaping the future of offshore wind and low carbon energy through collaboration and innovation. We are delighted to be partnering with NYT in Melt. Through this creative approach we want to inspire the brightest, creative young minds to join a new green energy industry; to be part of a smart, skilled, diverse workforce – helping us to make brilliant ideas come to life, to bring the region together to shape a sustainable future for all the community.”

Professor Dan Parsons, Director of the Energy and Environment Institute, University of Hull: “With a focus on the challenges associated with climate change, the priorities and aims of the Energy and Environment Institute at the University of Hull chime very closely with the objectives of the production. The aims of MELT, in communicating the impacts of climate change and sea-level rise, very closely align with the University of Hull vision that seeks a brighter, fairer, carbon neutral future for our global society - alongside our target of becoming the first net zero university campus in Europe.”

During lockdown NYT are live-streaming youth-led Sunday Sessions from their talented membership including:

RUSH - a showcase of some of Britain’s best young artists of colour at 6-7pm on Sunday 3 May, which will lead to new paid-commissions by NYT as part of MELT, curated by Shakira Newton. Watch: www.nyt.org.uk/rush

FRONT ROOM FILM FESTIVAL - a festival of short films created by young film talent and curated by NYT members  Reece Miller and Freya Hannan-Mills, who after being spotted during the festival has been commissioned to write for Melt. Watch the films: www.nyt.org.uk/frff

We support the NHS - the NYT are also offering free auditions and courses to young people from family’s of NHS workers and free club membership for other key workers families, providing access to live-streams, workshops, masterclasses and more. Apply here.

Paul Roseby OBE is a broadcaster and CEO and Artistic Director of the National Youth Theatre of Great Britain. In 2018 he was awarded an OBE for services to young people and drama. In over 8 years as CEO and over a decade as Artistic Director he has commissioned over 200 plays. Pioneering innovations at NYT under Paul’s leadership include the NYT REP Company, a free alternative to expensive formal training, a ground-breaking international cultural exchange programme in the Middle East and China and performances at the Beijing 2008 Olympics Handover Ceremony, the London 2012 Olympics and the Glasgow 2014 Commonwealth Games. Paul’s directing credits include the critically acclaimed F*Off by Tatty Hennessy at the 2019 Edinburgh Fringe, Story of our Youth - a Diamond Anniversary Gala at the Shaftesbury Theatre in London’s West End, Generation X for Sky Arts, the London 2012 Welcome Ceremonies, Relish by James Graham, When Romeo Met Juliet for BBC2, Silence by Moira Buffini and Tom Stoppard’s abridgement of Shakespeare’s The Merchant of Venice at the Royal Opera House and the National Centre for Performing Arts in Beijing. He is currently developing a new musical with the NYT company. Paul has also written and presented a number of shows on Radio 4 and presented TV shows on Channel 5, UKTV and the BBC. Paul is grateful to David Wallace-Wells and his book The Uninhabitable Earth, which has been an inspiration in the development of MELT.

Zoe Lafferty is an award-winning director, creative producer and activist. Her work has been performed worldwide at theatres including the Young Vic, Schaubühne and New York Skirball. She is an Associate Director of The Freedom Theatre, Palestine. Zoe was named one of Vogue’s Major Players of British Theatre and Vanity Fair’s 14 British Theatre Talents Ready to Break Out. Previous directing credits for National Youth Theatre include Lost Boys by Luke Barnes at Liverpool’s Unity Theatre in 2019 and The Host by Nessah Muthy at the Yard Theatre and St James’s Church in 2017/19 (nominated for the Writer’s Guild Award for best new play for young audiences).

Joel Scott - Since 2004 Joel has created award winning work ranging from large scale site specific immersive performances at Royal Palaces and digital real-world treasure hunts, to intimate studio shows helping children understand dementia. Joel's company Goat and Monkey have just finished a national sell out tour of the award-winning children's book The Pirate Cruncher. Joel is a creative associate at Punchdrunk International, and has spent the last five years developing concepts for cutting edge digital technologies and immersive theatre for massive scale projects. His for the NYT since 2008 includes: Measure for Measure adapted by Jamilla Gavin for the Everyman Theatre Liverpool, Living The Dream for the World Expo in Shanghai, Slick, a large scale show with 300 actors performed at Europe’s largest Housing estate, and Flood, a large scale ensemble piece in Hong Kong.

Freya Hannan-Mills is a 16-year-old National Youth Theatre member from the Wirral. Her writing has been performed by Denise Gough and Jude Law. She has won the Simon Shuster Monologue 2017 Competition, the Wicked Young Writers 2018 Award, the Robert Hutchinson 2018 Award for poetry at the Winchester Poetry Festival, and the 2017 and 2019 Daunt Books Short Story Competitions.

The University of Hull - From leading international research in some of the world’s most at-risk areas to flooding – including in Vietnam’s Mekong and Red River deltas – to investigating the devastating impact of the 2007 and 2013 floods in Hull, the University is now using its expertise to inspire the next generation. Central to the University’s low-carbon and renewable energy expertise is Aura. Aura is at the forefront of innovation for the offshore wind sector through leading collaboration, pioneering ideas and outstanding innovation. The University’s research into the devastating floods of 2007, which forced tens of thousands of people out of their homes and businesses, was core to the Pitt Review, and has helped set UK flood policy for the last decade. The University also hosts the Flood Innovation Centre, a £3.5 million centre focused on research and innovation, addressing flood risk, aiding industry and businesses in innovating to address the challenge. 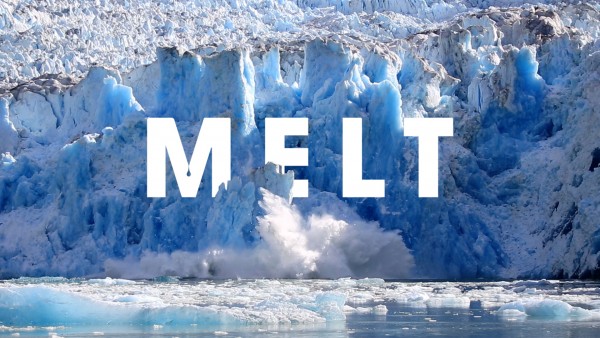