1NS submitted by Actor, Writer and Executive Producer Lucy Hunt
A one night stand turns into a bittersweet date inside a safe room, after a government lockdown causes the two party goers to spend the day together.

Alive - submitted by director, filmmaker and editor Daisy Shaw
An experimental short about what it means to be alive.

Birds and Brothers - submitted by actor Jem Matthews
Lost in the woods and encountering everyone from bullies to birdwatchers, these two brothers are forced to work together, discovering they are more similar than they first thought.

Depp for Emperor - submitted by Revan Joicey
A comic adaptation of a 2003 IMDb review of the film 'Pirates of the Caribbean' written by the mysterious 'eak-1'.

Lonely Ghost Club - submitted by co-creator and lead actor Ash Self
A silent film about a lonely ghost who decides to attend a Halloween party in the hopes of finding a friend, shot around London and featuring original music.

Memory - submitted by writer, performed, filmmaker and editor Nell Basley
Memory is a spoken word piece with spontaneous visuals tackling how mental health impacts our perspective and feelings towards the past.

Peeper - submitted by writer and director Maya Cooper
A film about a young man who becomes fixated on a woman through a webcam. She doesn't know he's watching.

Rage - submitted by lead actor Ivantiy Novak
Exploration of 'Do not go gently into that good night' by Dylan Thomas.

Stay Indoors submitted by creator writer and director Max Kyte
A short film shot with no camera equipment, no budget and only 30 hours, created during lock down.

Street Talk - submitted by Director, Producer, Cinematographer and Editor Reece Miller
A film addressing the links between cuts to youth services and the rise in knife crime.

Swallow - submitted by writer Freya Hannan-Mills
“Swallow takes us on a journey of understanding the process of grief. The film plays out using a single shot of Paula, our main protagonist amidst the hospital waiting area where her mum lies – awaiting her fate...”

Too Slow submitted by actor Charlie Lyne
When Harriet loses the one and only person in her life, it sends her spiralling. But is it the grief, or the guilt that pushes her over the edge?

Tianah - submitted by Director / Producer / Cinematographer Sophie Sandor
A documentary about fashion entrepreneur Christianah Jones. She started as a teenager with nothing but her iPhone and ambition selling her own clothes on the Depop app from her bedroom in London. Today, after her tiny sunglasses brand ChristianahJones took off in 2018, she is the Instagram-famous fashion designer, with customers including Billie Eilish, Beyoncé, Lady Gaga and Millie Bobby Brown, you will find stocked in Selfridges and appearing at Fashion Weeks across the world. 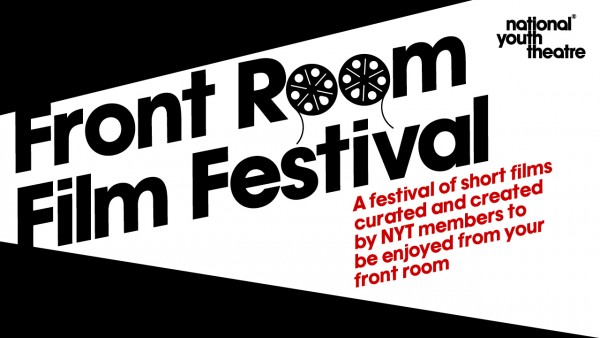