To mark the launch of our 2017 season and the 50th anniversary of our first new writing comission we challenged our talented young members frp, all over the UK to stage 50 playreadings in wierd and wonderful places in one day of plays we've comissioned since 1956.

On Tuesday 4 April 2017 use the links as they appear below to see what happened next:

9.20am: Update from NYT members volunteering in Calais for Help Refugees
They'll be live streaming a reading of our new play The Host by Nessah Muthy this afternoon WATCH LIVE

2pm: You Can by Luke Barnes
The Black-E , Liverpool
Lauren Waine WATCH LIVE

7pm: Out Of Me by Jane Bodie
Sherman Theatre Cardiff
Produced by Emily Evans WATCH LIVE

Out of Me by Jane Bodie
Sustainable Studio, Cardiff
Produced by Zade Campbell-Davies

Various across the UK 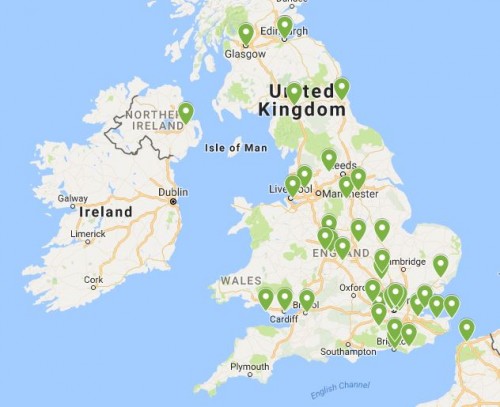