NYT PLAYING UP PRESENT THE WORLD PREMIERES OF:

7 - 9 July 2022
Workshop Theatre, National Youth Theatre, N7 6LW
BOOK NOW
Performance times (Both productions will be performed each time with a short interval in-between)
7.30pm Thursday 7th July
7.30pm Friday 8th July
2.30pm Saturday 9th July
7.30pm Saturday 9th July
Pay What You Can Tickets
If you require the assistance of a friend or helper to attend, we can make a free ticket available for your companion.

Talent from the NYT Playing Up Company present the world-premiere of NYT REP alum Tife Kusoro’s BOY / GIRL / BOY / GIRL, directed by Mumba Dodwell, who was awarded the 2019 Bryan Forbes Bursary. Set in a co-educational boarding school on a private island, BOY / GIRL / BOY / GIRL explores gender, power and the education system in a playful and piercing production.
Tife Kusoro’s credits include We Have Sinned and Fly Home Butterfly, which were shortlisted for awards including the Alfred Fagon Award (2017 + 2018), the Verity Bargate Award (2020), and the Women’s Prize for Playwriting, she is currently under commission to the Bush Theatre and has work in development with the Royal Court. Mumba Dodwell’s directing credits include the Offie nominated NYT REP production of Great Expectations at Southwark Playhouse in 2019 and Associate Director credits include the Alfred Fagon Award-winning Rockets and Blue Lights at the National Theatre and Manchester’s Royal Exchange and the NYT REP’s critically acclaimed national tour of Othello.

MESS! Is a funny, fast-paced and compelling drama, which will receive its world premiere in a production at the Workshop Theatre directed by NYT REP alum Sophie Ellerby, starring talent from the Playing Up Company. A group of young adults have their friendship tested when secrets are revealed at a house party. Using their podcast, No Permission, as a vessel to discuss “Messy dilemmas” Shannon, Chrissy, Coco, Jade and Alex navigate their way through life, love and friendship.

Playing Up is an Access to Higher Education Diploma accredited through OCN London. It is a practical ten month part time drama training programme, offering young people aged 19 - 24 who are not in Education Employment or Training (NEET) the opportunity to gain a Level 3 qualification in drama. Playing Up is delivered in partnership with The JGA Group.

Now in its 13th year, Playing Up welcomes applications from care leavers and those whose challenging circumstances may have prevented them from completing Secondary School or FE education. We welcome applications from those with SEND needs, those who are refugees or asylum seekers with the right to study in the UK and those who are underrepresented in our industry including those who identify as neurodivergent, disabled or from the Global Majority. Priority for places is given to those who are not in education, secure employment or training or those who have missed out on gaining level 3 qualifications at school or college.

National Youth Theatre would like to thank the following people and organisations for their support of Playing Up in the 2021/22 academic year: The JGA Group, The Portal Trust, The Clothworkers’ Foundation, Jacqueline Worswick and Jack Petchey Foundation.

We would also like to thank our principal supporters Arts Council England. 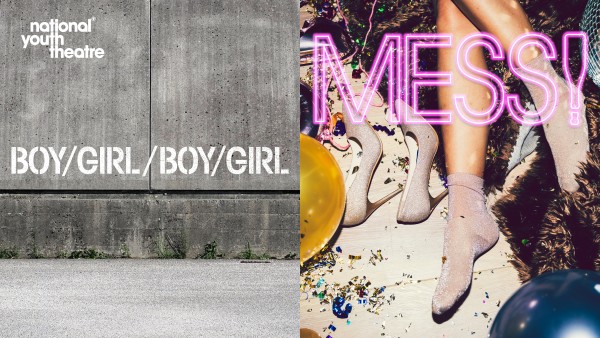