This Easter as part our Made by Members Festival we're hosting a number of Creative Takeovers of our virtual spaces.

Check out the takeovers below...

The story starts when Holly’s talent for writing poetry unintentionally comes to the attention of her social worker Claire. Claire urges Holly to consider a career in creative writing, something Holly had never considered for herself. Holly’s determination to provide for her family and “wanting better” leaves her boyfriend Tim questioning, what is wrong with what they have and is he doing enough?

Morven is a working class northern actor and writer form Rotherham. They are in process of developing ‘Happy’ a play about ambition and relationships, and are passionate about providing theatre to a wide audience and would love to bring more theatre to their own community.

We are exploring stories associated with ‘leadership’ from the perspective of those who have experienced misogyny (including cis women, non-binary and trans people). The objective of the R&D is to create a series of sketches and/or short pieces around the broad theme of leadership. Titles/themes we have already begun to explore include:#Girlboss, ‘How to gain control?’ and ‘You don’t know what you’re talking about’. With a co-creating mindset we intend to run sessions that use improvisation, forum theatre and prompts to create material.

Maya Willcocks is a performer, devisor, voiceover artist and theatre and film producer based in Birmingham, UK. She is a member of the National Youth Theatre as well as Identity School of Acting. In 2020 with We’ve Never Met she devised and performed in Seriously, I’m Fine…, an online show about the UK lockdown.

Rosa Simonet is a queer storyteller, performer, writer and creative practitioner based in Birmingham, UK. She is a Youth Trustee of the National Youth Theatre. Rosa is currently a Creative Practitioner for Don’t Settle, a project that empowers 16 - 25 year old BIPOC in Birmingham and the Black Country to change the voice of heritage through the arts, research, and governance.

I am currently working on a play about an all female crew of pirates during the golden age of piracy, featuring traditional shanties. The play follows the story of a stow away on board who not only becomes caught up in a sea battle between the pirates and a navy ship, but also her emotions as she finds she's attracted to a pirate. The play will explore themes of feminism, queer identity and survival.

Ayse is an actor, writer, musician and mum with a passion for feminism, pirates and performance. Ayse is also disabled and part of the LGBTQ community and hopes this project will help us steal our history back.

Here not there - R&D by Ella Tagg & Molly Grogan

The rise of online dating and interaction, like we're sure it does for most people, brings it's own challenges and triumphs. We're interested in the relevance of J.M Barrie's Peter Pan in issues of social mobility, particularly within close knit, insular communities where their young people are caught between modernity and tradition

Ella and Molly are two creatives from Devon. They set up their theatre company, Boogie Boldly, in 2019, and like exploring the stories and experiences of  young people from rural communities.

‘Blue Balloons Pink’ written by Daisy Roe, follows Ash and Maggie on the day of their baby shower. All Ash wants above his career, or even his relationship, is to hold his baby boy in his arms. All Maggie wants is Ash. The promise of a baby on the way should be a dream come true. At least for Ash. For Maggie, this one night could bring her entire world crumbling down. In the course of a single evening relationships are birthed, secrets are conceived and lies can no longer be carried. Can we ever know who someone is, even when we truly love them?

We are Juvenile Behaviour Theatre Company; young theatre enthusiasts with a passion for creating and sharing stories. We aim to push the boundaries of the actor and audience relationship. Our team met on a National Youth Theatre course and have been creators ever since. The company consists of Daisy Roe (creator of web series Dropping Marmalade), Aadi Mudhar (film student at the University of York) and Patrick Gregan (National Youth Theatre member). 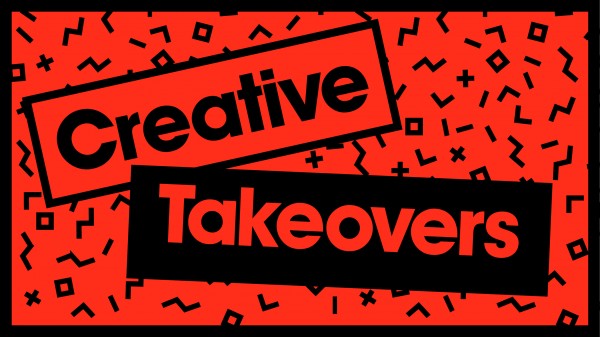