Update on The Ancestors

Unfortunately, we are no longer able to stage our scheduled live performances of The Ancestors at Portchester Castle from 19-22 August. Despite strict COVID-19 precautions being followed, including mask-wearing, regular testing and distancing, the rehearsal process has been heavily disrupted by requirements to self-isolate.

We are pleased to announce that we will adapt the planned live performances to a recorded performance which will be filmed on site this August, and is due to be released in 2022. This decision has been taken to protect the safety and wellbeing of all involved, and to ensure we can bring this vital story to audiences. We’d like to thank our brilliant cast, creative team and partners for their continued support.

To receive an update when the film is approaching its release date please click below.

Register for an update

A site-specific outdoor production starring National Youth Theatre talent that explores the grounds of Portchester Castle and the voices of Black revolutionaries that history has continued to silence, until now.

A clique of Caribbean maroon warrior women, a general of Haiti and his right hand man, an ex enslaved couple reclaiming their land, a group of Black French Caribbean soldiers held captive in Portchester and their wives travelling across the Atlantic to be reunited with them. These are The Ancestors- manifesting in our world, in the hopes we can stop history repeating itself, but do we really hold the key? What dark forces are still currently at play?

Written by Lakesha Arie-Angelo, directed by Jade Lewis, with Mumba Dodwell providing direction for the R&D process, The Ancestors is a new filmed performance forming part of Freedom and Revolution, a collaborative project in partnership with English Heritage Shout Out Loud and University of Warwick.

The Ancestors is part of ‘Freedom and Revolution’, a Shout Out Loud initiative, and is supported by the National Lottery Heritage Fund, the Arts and Humanities Research Council (AHRC), part of UK Research and Innovation (UKRI) and the David Toguri Bursary Fund. National Youth Theatre are grateful to their principal supporters Arts Council England, the Culture Recovery Fund and to Playful Productions for their support of The Ancestors.  The research and development for The Ancestors has been supported by Shout Out Loud and the University of Warwick. 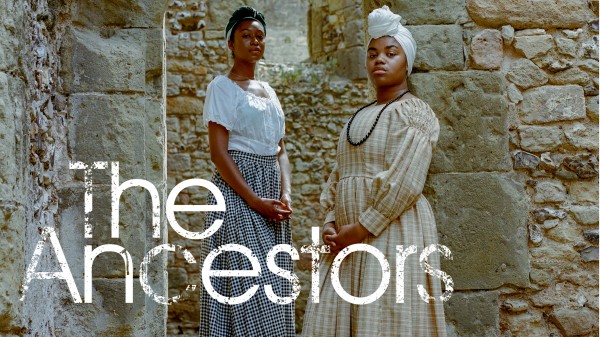