At National Youth Theatre we believe in giving young people a voice and one of the ways we do this is through our Youth Trustees.

Appointed through an open application process, our Youth Trustees are a group of young NYT members who represent the voice of our Membership at the highest level of decision making at the charity, bring new ideas and initiatives to the table and gain experience and knowledge in creative leadership and arts administration.

To find out more our Youth Trustee programme email kirsten.komaru@nyt.org.uk.

To get in touch with the Youth Trustees please email nytyouthtrustee@nyt.org.uk 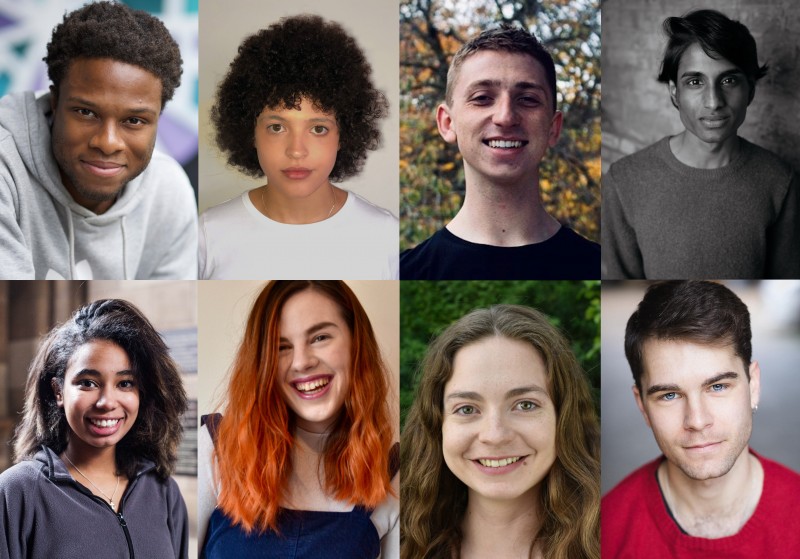 Born and raised in London, Patrick is an Actor, Writer, Director and Spoken Word Artist. He joined the National Youth Theatre in 2015 after completing his Senior Intake Course. He trained at Identity Drama School from 2013 - 2018, the Moscow Art Theatre School in 2018, and he graduated from Queen Mary with a degree in Film Studies and Comparative Literature in 2019. He has performed in several National Youth Theatre Productions, and he was a Course Assistant for the 2020 Online Intake Courses.

Amelia is an actor and NYT member from Harrogate in North Yorkshire who joined via the Junior Course in 2018. She has volunteered as an Ambassador and in 2019 was part of the F.Off company who performed at the Edinburgh Fringe Festival. Amelia is currently studying for a BA in Acting at LAMDA.

Daniel joined NYT in 2019 through the Senior Course and has since taken part in NYT Ambassador Training and is also part of the NYT MELT project. Daniel has worked extensively with the Scottish Youth Theatre, as both an actor and a writer, and is also a member of the Tron Theatre Young Company.  Daniel is currently studying for a degree in Theatre Studies and English Literature at the University of Glasgow.

Adrian is a British South-Asian inter-disciplinary creative. He has been a National Youth Theatre member since 2016, having completed the Senior Course and Playing Up Course. As well as taking part in Creative Leadership Training, Adrian has been an NYT Social Ambassador, part of the team that runs the Inclusion Programme, and has acted in various shows within the organisation. Adrian is currently one of Sour Lemons: 12 Young Leaders on the Making Lemonade - Leadership Programme and is also an Associate Young Agitator at the Royal Court Theatre.

Anna is an actor from Lincolnshire, and joined NYT in 2019 through the Senior Course. She began her Creative Leadership Training in March 2020 and was a member of Rush, curated by Shakira Newton. She has also choreographed and performed in multiple shows at the Edinburgh Fringe Festival. Anna is in her final year of her undergraduate degree in History of Art specialising in cultural policy.

Rosa joined the National Youth Theatre in 2014, through the Epic Stages course. She has a degree in English Literature and has previously been a part of Stage2 Youth Theatre in Birmingham and Lab!Theatre at The University of North Carolina. She is currently Creative Practitioner for Don’t Settle, a project that empowers 16 - 25 year old BIPOC in Birmingham and the Black Country to change the voice of heritage through the arts, research, and governance.

Charlotte joined the National Youth Theatre in 2020, and is currently training on an Acting Foundation course at Fourth Monkey. Prior to this she has taken part in NYT workshops, performed in plays at the Bridewell Theatre, and acted in several short films. In addition to acting she has worked backstage and enjoys writing for theatre.

Nathan is an actor/musician from Australia who joined National Youth Theatre in 2017 through the Epic Stages course. He has been involved in many NYT projects, including the 2019 production of F.Off at the Edinburgh Fringe, the Inclusion Programme at Highshore and Samuel Rhodes Schools, and the 2020 performance of Handle & Hendrix at the annual fundraiser gala. Nathan has completed a degree in Theatre & Social Anthropology and is passionate about the social importance of theatre.