The sun is shining and summer is in full swing at NYT!

Rehearsals for our summer show at the Criterion Theatre, F Off, directed by Paul Roseby and written by Tatty Hennessey are underway. From music, to magic, to spoken word – this show has it all.

Join us on the 20 August for a theatre event like no other! 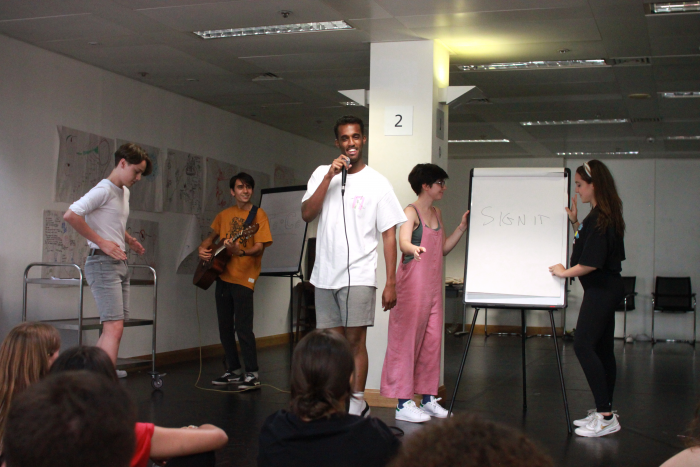 This week saw the research and development process begin for our Lost Boys New Town company up in Liverpool. The show, written by Luke Barnes and directed by Zoe Lafferty will be coming to Skelmersdale later this year! 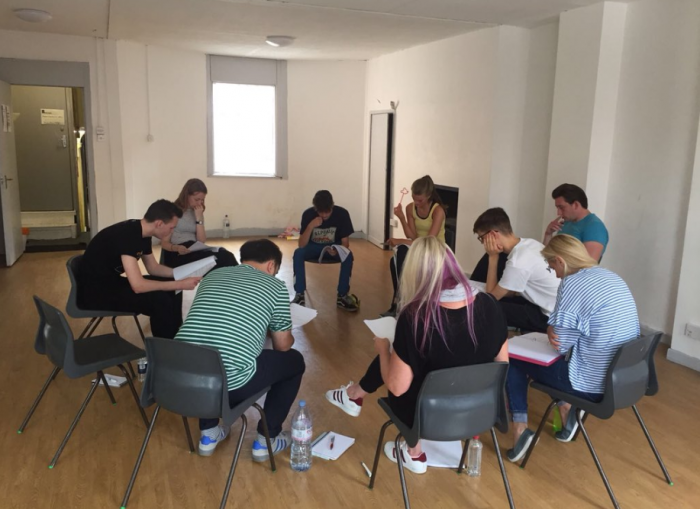 This weekend we say goodbye to our 2018 A London Theatre Experience course participants, after three weeks immersing themselves in the London theatre scene with us! Here they are at their end of course sharing at Soho Theatre. 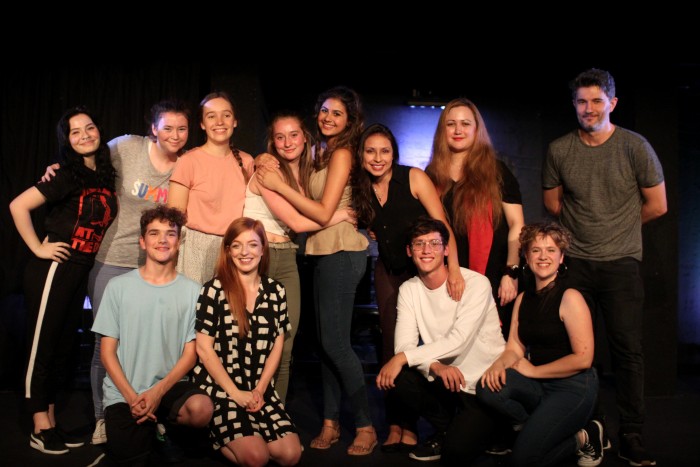 This week our Junior Courses and Epic Stages courses kicked off at Goldsmiths and Rose Bruford. On the course? Share your experience with #MyNYTSummer

The Edinburgh Fringe Festival has officially begun! Sending huge luck to all our brilliant members who are taking part in shows during this year’s festival.

Don’t forget, we’ll be there from 14 August with our production of Mohsin Hamid’s The Reluctant Fundamentalist – adapted for the stage by Stephanie Street and directed by Prasanna Puwanarajah. 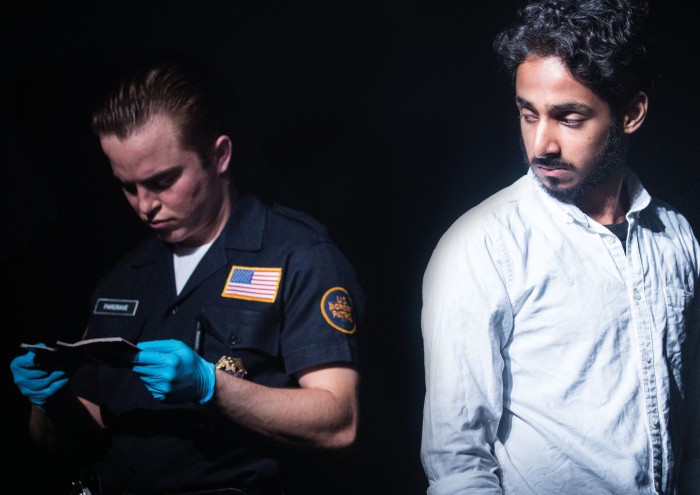 Don’t forget our early bird auditions and backstage interviews for 2019 are now on sale! Book now to take advantage of our discounted early bird prices. In 2019 we’ll be taking our roadshow nationally once again, and visiting some brand new venues including North Wall in Oxford, Cambridge Junction, and Royal Welsh School of Speech and Drama! 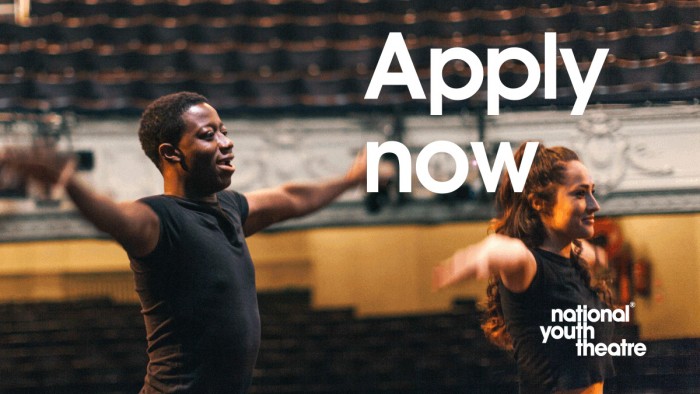 Want to get involved in NYT? Now’s the perfect time, as we’ve got a load of juicy roles on offer!

Youth Trustees
Want to have your say on how National Youth Theatre is run? Apply to join our Board of Trustees as a Youth Rep?

Playing Up Course Assistant
We're after a confident and considerate self-starter to play a key role on our flagship social inclusion programme. Deadline 8 August.

Itch and Scratch are heading to Edinburgh for one night only. Catch their Big Night Out! 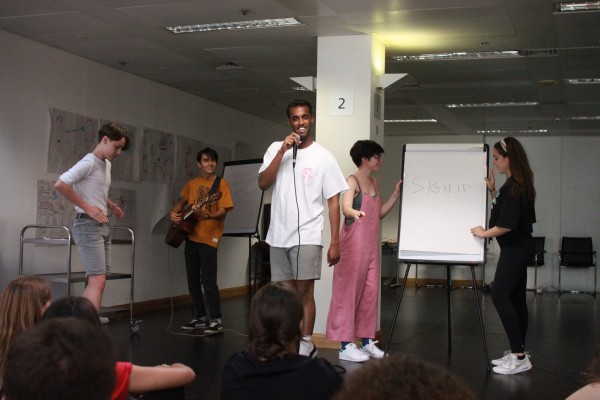