VAULT Festival 2020 runs from 28 January-22 March and we're thrilled that a bunch of National Youth Theatre Members, Alumni and Associates are taking shows to the festival as writers, directors, producers, production team members and performers.

Take a look at some of the shows below

An NYT Member or Alumni who has a show on at VAULT? Let us know by emailing info@nyt.org.uk with the subject line VAULT 2020

Emma wants to dance. Phoebe is struggling to stay out of referral units. Austerity hasn’t helped, screens are proving to be very challenging and trauma lurks somewhere in the very beginnings of the umbilical cord. When you are battling a storm you gotta hanker down and believe it will pass. But when the storm gets into your home what do you do to protect yourself and the ones you love?

STORM is a raw, new play written by Juliet Knight and gives voice to invisible women who have sat alone in special care units and now wonder if that is why their miracle children are teenagers who fight so hard against the world. STORM also includes a new original score by Tristan Parkes and Aruhan Galieva. 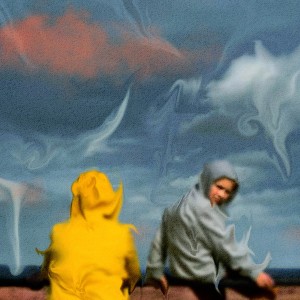 1974. A shattering and inconvenient truth.

2001. An act of extraordinary violence.

This restless, tender and deeply personal new play wrestles with the trauma inherited from father to son with sharp focus on how this shapes who we are. Spanning three generations, Father's Son examines how the unresolved trauma, toxic behaviours and poor mental health ripple through a working class family in Stoke.

James Morton is an urgent and necessary working class voice and makes his professional debut at VAULT Festival.

“James Morton is a writer of real and rare talent and humanity. He is restlessly searching, deeply compassionate and as fucking funny as he is truthful. In the future you will be definitely boasting about seeing his early plays.” (Simon Stephens)

Father's Son was developed through the National Theatre's Toolkit programme and Soho Writers' Lab. It was shortlisted for the Tony Craze Award in 2018. 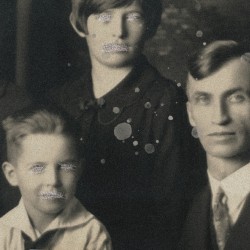 1969 at the Barrowlands Ballroom in Glasgow, three women are murdered by an Old Testament-quoting serial killer, later nicknamed Bible John. He has never been caught.

In 2019, four temps discover they share a morbid obsession with true crime, and with one podcast in particular: a reinvestigation into the Bible John murders by American journalist Carrie LaRue. As their fascination takes hold, they immerse themselves into the world of 1960s Glasgow, in an attempt to solve the case once and for all.

Bible John is partly a retelling of one of Scotland’s darkest unsolved crimes, but is more broadly an interrogation into the ethics of true crime as entertainment, and the reasons why women in particular are so hungry for stories that has the victimisation of other women at their heart. It’s a riotous, furious, joyful exploration into violence and gender, weaving film, movement, and text, from Charlie Hartill Recipients - THESE GIRLS. 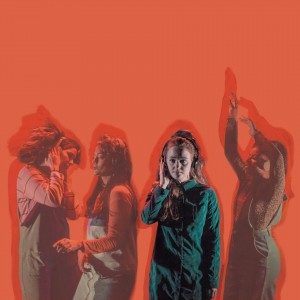 Carnival is rebellion, through rebellion we find joy. Caribbean people have a tendency to celebrate through hard times, and here we are - celebrating and trying to unpack what it means to be queer in a homophobic culture. It’s a carnival dance party littered with sad truths and joyful lies

Welcome to SPLINTERED, the queer carnival party! Sprinkled with sad truths and joyful lies and based upon interviews with queer women in Trinidad & Tobago, this is a show unlike any other to grace the Edinburgh Fringe. Carnival is a celebration despite and in spite of oppression. How does one deal with coming out in a homophobic culture? With a party, duh. Expect a form-breaking, joy-inducing cabaret with plenty wining and a f*cktonne of glitter – “come free up yuhself”!

Lagahoo Productions are a New Diorama Theatre Emerging Company 2019/20, and a Soho Theatre Young Company. SPLINTERED is Lagahoo’s inaugural show, and hope it can make a small but vital step in providing more space for Caribbean artists on British stages. 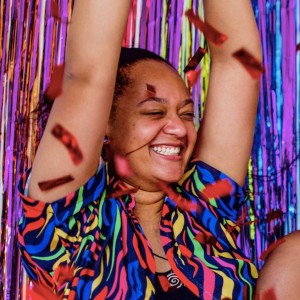 Soph and her best friend Jel love scary stories. They hunt for the best ones on creepypasta sites, hunting the darkest online corners. But then strange and beautiful new girl Ellie turns up at school with a horror story of her own; a mysterious figure in the woods, the shadow of an axe. And when a girl in a nearby town goes missing, it seems their online monster’s come to life.

Something Awful is a new play from Vault Award winning and Off West End Award nominated team Tatty Hennessy and Lucy Jane Atkinson, inspired by the real true crime story of the Slenderman. It’s a play about what we should be scared of, and where the real monsters live. 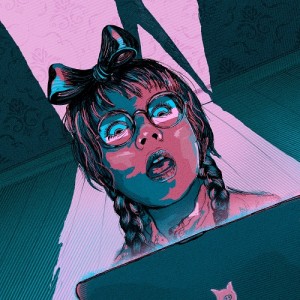 Mia and Mo have been to all the marches, turned off the heating and eaten the goldfish – but the climate’s still collapsing and they’re buckling under the pressure of saving the planet. Omelette is a new play by Anna Spearpoint (Theatre503), directed by Tash Hyman (JMK Award Finalist 2019) about climate anxiety, giving things up, and the pressure to do the right thing all the time.

Get half price tickets with the code:  NYTOMELETTE 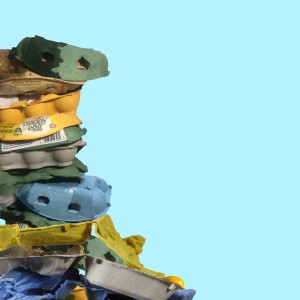 NYT members can use the £3 ticket code: GALWAY

This story starts in Galway, Ireland - 2002 when Naomi is just 10 years old, wild and free. She’s used to mending her heart but will this final blow be the ultimate betrayal?
Follow this little Londoners poetic summers, spent on the West Coast of Ireland. Tackling grief and racism in a place she calls home. 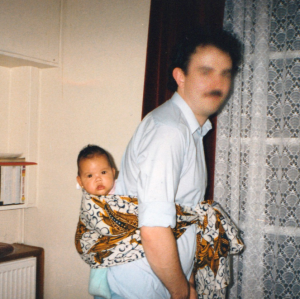 After her life falls apart, Carys turns up for her first shift at a restaurant to find Simone preparing for the blood moon. Jason folding napkins. And Godfrey getting ready to leave the artisan-brunch-filled world he has made for himself behind. Their lives begin to weave into each other in small, strange ways, colliding, connecting, tangling. When Simone makes it her mission to get Carys to believe in something, anything, forgetting her old life is suddenly more difficult than Carys had planned. When you're too sad, too ambitious, too Scorpio for waiting tables, how do you make it through the day? Which parts of yourself do you let other people see, and which parts do you hide? A new play about hope, rage and gentrification. 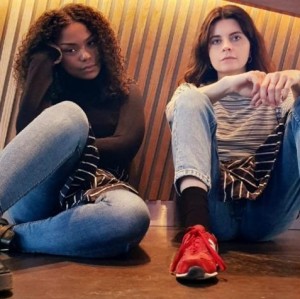 “What if I had grown up there instead of here? No, not Iraq – the other one.”

When she was ten years old, Peyvand travelled from East London to Iran with her father to meet her family for the first time. Her British citizenship wasn’t recognised, and so she had to acquire an Iranian passport (and a new name) on arrival. Only now, Parisa is forbidden from leaving the country... at least for a little while. 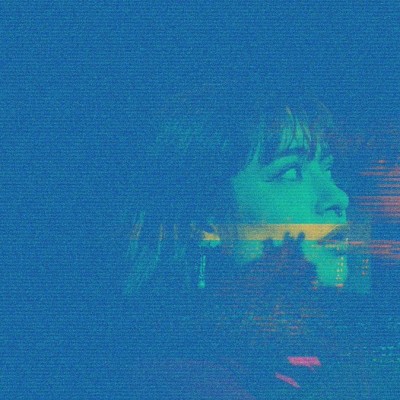 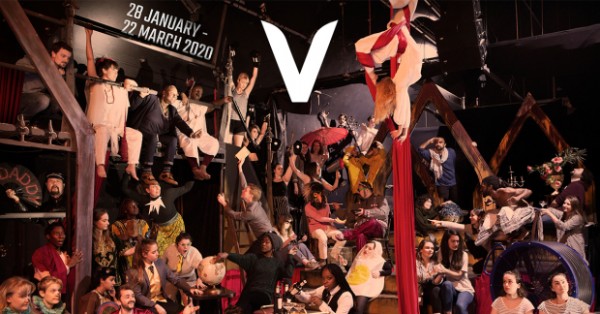