We're pleased to announce the latest recipient of The Bryan Forbes Bursary for young directors is Maisie Newman. Maisie will train alongside the 2022 NYT REP Company, be the assistant director for two productions - including Gone Too Far at Stratford East, and direct a production at our Workshop Theatre. We're very grateful to all those who have donated to the Bryan Forbes Bursary for Young Directors and in particular Emma Forbes and Graham Clempson.

Maisie will train alongside the NYT REP Company, assistant direct two shows including Gone Too Far by Bola Agbaje at Stratford East in Spring 2023, and direct a production in our Workshop Theatre.

Maisie Newman is a working class, Jewish, performance director and choreographer for theatre and opera and a multi-award winning poet. Her work is highly visual and heavily influenced by European practitioners. Born in Bristol she is an alumna of Headlong’s Origins programme for directors working outside of London and was recently the interim young company director for Bristol Old Vic directing Antigone (Bristol Old Vic Weston studio). She is currently directing ‘Opal Fruits’, an unreliable solo show about the fetishization of the feral female – about working-class women and the appropriation of the working classes in theatre and the arts. (Bristol Ferment and Pleasance Futures). She is driven by work which is queer, femme focussed and navigates cultural erosion, assimilation and generational trauma. She recently won an Eric Gregory Award for her poetry collection ‘Our Names Were Oil’ and her experience as a poet and translator determines her radical relationship to text as a theatre maker. Upcoming and recent credits also include ‘Candide’, Scottish Opera (choreographer); ‘Posh’, Bristol School of Acting (director); ‘Vixen’, Travelling Light Theatre (director); ‘Rechnitz (The Exterminating Angel)’, workshop, Headlong (director); ‘How to Start a Fire’, Online, Fen and Out of Joint (dramaturg and director); ‘Make More Noise’, Bristol Old Vic (associate director and choreographer).

Maisie said: "It means a huge deal to have been given the Bryan Forbes Bursary and also be given the opportunity to fully dive into the development of my directing practice at The National Youth Theatre, in such a collaborative, supportive and brilliant environment. As a director whose work has centralised, been driven by and developed through engagement and outreach departments in theatres, the opportunity to further my directing practice in the community there is huge. Community, horizontal mentorship and peer to peer support are a hugely important part of my practice and it was something that took time, love and energy in Bristol. The opportunity to move to London with the seeds of these already in place is massively affirming and exciting." 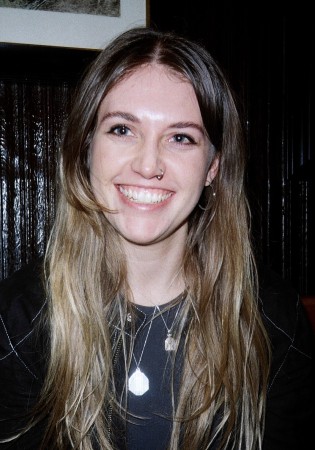