Paul Roseby OBE today announces National Youth Theatre’s developments for the remainder of 2020 and initial plans for 2021. Performance plans include dates for two new shows exploring activism and protest through art: The Last Harvest, the latest dystopian promenade instalment of MELT and a brand new NYT show to be performed at Portchester Castle in August 2021 as part of Freedom and Revolution in partnership with English Heritage and the University of Warwick. In addition, the National Youth Theatre Board have today announced that building work has begun on the transformation of their National Production House for Young People and five new trustees, all of whom were nominated by the charity’s Youth Trustees, as well as a first look at NYT’s 2020 REP Company, now in its ninth year.

NYT presents its latest instalment of MELT at new outdoor Sanctuary Theatre, a newly built outdoor earth amphitheatre in Shropshire. Set at dusk, The Last Harvest will take audiences on a fire-lit journey from the future to now in a dystopian outdoor promenade spectacle. Sustainable farmer Tim Ashton built The Sanctuary as a response to the struggles highlighted in the arts industry as a result of COVID-19 and is campaigning for other farmers to do the same as part of a nationwide movement. Casting to be announced soon. The Last Harvest is part of Signal Fires, which this autumn will see the UK’s leading touring theatre companies share stories around fires. The production will take place under strict Covid-secure guidelines. Tickets are on sale now at www.nyt.org.uk/thelastharvest

Paul Roseby OBE, CEO and Artistic Director of National Youth Theatre said: “After six months of discovering and expanding our work on the virtual stage with an ever-increasing reach, our first 'on-the-ground' production will be exactly that with an outdoor promenade spectacle in a brand new earth amphitheatre in Shropshire. The Last Harvest will see Britain's best young talent bring to life this beautiful new performance space, created by sustainable farmer Tim Ashton. Whilst working within all Covid-19 restrictions we recognise the demand and desire to get back to work reaching new live audiences in person and are delighted at the opportunity to do so."

MELT, is a major three-year project in partnership with the University of Hull in response to the climate crisis, as previously announced. MELT began interactive digital research and development sessions and group rehearsals in May and June via video conferencing with an initial cast of 200. The work created can be viewed via www.nyt.org.uk/melt.

A series of physical and digital dramatisations  will continue to be released over the course of the next three years. Dates and locations will be announced in due course. MELT is being supported by an Industry Advisory Panel of sustainable energy experts, including Jane Cooper from Ørsted, Danielle Lane from Vattenfall and Melanie Onn from Renewables UK. By bringing together industry experts, academics and young people MELT aims to inspire a new generation around renewable jobs and diversify the industry through a creative response to the climate crisis.

The health and safety of young performers, audiences, and staff will be the top priority during The Last Harvest. All those involved in the project will implement COVID secure measures to ensure that thee full process, from rehearsal to performance, is in line with the current government guidelines, following strict hygiene protocols and allowing for social distancing.

NEW NYT PRODUCTION AS PART OF FREEDOM AND REVOLUTION PROJECT WILL EXPLORE STORIES OF 18th CENTURY BLACK PRISONERS OF WAR HELD IN ENGLISH CASTLE. PRODUCED IN PARTNERSHIP WITH ENGLISH HERITAGE AND THE UNIVERSITY OF WARWICK AS PART OF THE AWARD-WINNING SHOUT OUT LOUD PROGRAMME

NYT announces brand new show as part of Freedom and Revolution, a new project in partnership with English Heritage through the award-winning Shout Out Loud programme, the University of Warwick and Hampshire Cultural Trust. The show, which is being produced and funded as part of English Heritage’s Shout Out Loud programme, is currently in research and development, with title to be announced, and will be performed at the impressive heritage site Portchester Castle in 2021.

In 1807, prisoners of war from Napoleon’s forces on board a prison ship in the shadow of Portchester Castle performed a play entitled The Revolutionary Philanthropist or Slaughter on Haiti. The play, set in 1793, tackled the incendiary topic of the uprising of enslaved people in the Caribbean, but was told from the colonial perspective and was steeped in racist attitudes. The narratives of people captured and held at Portchester will be utilised through Freedom and Revolution to create a “decolonised” site-specific new play exploring the legacy of slavery and of prisoner experience from an international perspective, exploring themes of captivity, freedom, place, struggle, authority and victory.

The best-preserved Roman fort in northern Europe, Portchester Castle was in use for more than 1,000 years, and in the late 18th and early 19th centuries served as a prisoner-of-war depot for soldiers captured by British forces during the Napoleonic wars. In 1796, more than 2,000 Black Caribbean prisoners of war were held at Portchester, including more than 100 women and children. The new play will shines a new light on the lives of the prisoners of war held at Portchester Castle and offers an important window into England’s story.

This latest collaboration as part of Freedom and Revolution will explore Black history at Portchester Castle through a new play directed by Mumba Dodwell (Great Expectations; Southwark Playhouse; 2019), written by Lakesha Arie-Angelo (Graveyard Gang; Tamasha Theatre’s associate company; Purple Moon Drama), and with music by composer Elaine Mitchener (the then + the now = now time). The play will focus on the lost voices of women and particularly Black women. It is being developed with a group Black female-identifying NYT members through on-going online R&D sessions.

At 7.30pm on Tuesday 17th November audiences can join an artist-led panel discussion with the NYT creative team and University of Warwick and English Heritage researchers as part of the Being Human Festival, the UK’s only national festival of the humanities. Sign up to join here: https://warwick.ac.uk/fac/arts/modernlanguages/academic/ka/beinghuman

Paul Roseby, CEO and Artistic Director of National Youth Theatre, said: "After our award-winning collaboration in 2019 we're teaming up with English Heritage again to uncover another important story from our buried past. This new piece will shine a light on vital lost voices, with a focus on women and particularly Black women, and will be beautifully and poetically brought to life. The urgency of this work is more vital than ever before”

Dr Dominique Bouchard, Head of Learning and Interpretation at English Heritage said “Empowering stories of enslaved people of African heritage are seldom taught in English schools. We challenge this perception by telling the story of people from the African diaspora as agents of change and power. The story of England we tell must reflect the truly diverse breadth of people that make up our country’s historical legacies.”

Prof Kate Astbury, Professor of French Studies at the University of Warwick: “The French prisoners of war used theatre as a form of resistance and to sustain hope for an end to their captivity. In performing a play about Haiti, they created fictional characters whose lives mirrored those of the real-life revolutionaries from the Caribbean held at Portchester a decade earlier. This exciting new project will harness the power of theatre to bring their stories to a new audience and tackle fundamental questions about human rights, discrimination, identity and gender and I’m delighted to be able to share my team’s research with such an inspiring and talented artistic team”.

Mumba Dodwell is a Freelance Task Force Representative and received the 2019 NYT REP Bryan Forbes Bursary and is a founding member of The Diversity School Initiative, an organisation established to address under-representation and diversity in UK drama schools. Lakesha Arie-Angelo is Associate Director at Soho Theatre and previously directed NYT’s 2019 production of Summer Fest at the Bunker Theatre.

Freedom and Revolution is a project delivered by English Heritage, the University of Warwick, National Youth Theatre, Hampshire Cultural Trust. It is part of Shout Out Loud, a national youth engagement project led by English Heritage and with consortium partners The National Youth Theatre, Sound Connections, Photoworks and the Council for British Archaeology funded by The National Lottery Heritage Fund through the Kick the Dust programme. Freedom and Revolution is additional Kick The Dust activity funded by DCMS through the Youth Accelerator Fund.

NYT Chair Dawn Airey said: “I’m pleased to announce that work has begun on the transformation of our National Production House for Young People, which will allow us to double the number of young people we can engage in the building when we reopen in 2021. I’m very grateful to all our supporters for making this possible, especially the Mayor of London’s Good Growth Fund and The Kirby Laing Foundation. I'm also delighted that five new brilliant trustees have joined the NYT Board after being nominated by our Youth Trustees and they are Munroe Bergdorf, Sylvia Darkwa-Ohemeng, Jessica Hung Han Yun, Tobi Kyeremateng and Daniel York Loh."

The recipient of the 2020 Bryan Forbes Bursary for Young Directors is Masha Kevinovna. Masha is a Russian born director/ writer from West London and Artistic Director of OPIA Collective. She is part of Soho Writers Lab, National Youth Theatre and previously a Young Agitator at Royal Court, Young Associate at Gate Theatre.

National Youth Theatre would like to thank Arts Council England, Andrew Lloyd Webber Foundation and Spotlight for their support of the 2020 NYT REP Company. They would also like to thank NYT Patrons Ian McKellen and Helen Mirren; the Clothworkers’ Foundation and Sophie’s Silver Lining Fund for their support of bursaries for NYT REP Company Members and everyone who has donated to The Bryan Forbes Bursary Fund for making this opportunity possible, especially the Forbes family and in particular Emma and Graham Clempson. 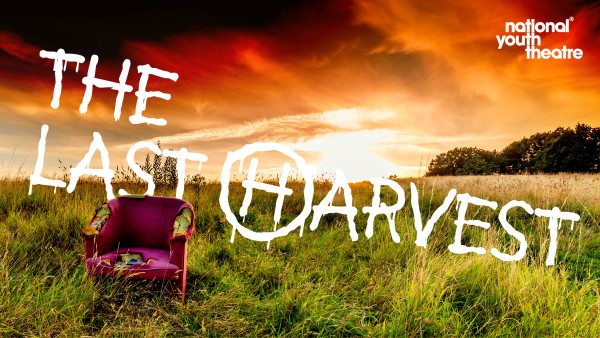