Awards season is upon us and we want to congratulate NYT members past and present on their recent success.

Congratulations to current NYT REP Company member Francesca Amewudah-Rivers who was named one of the 12 winners of the Evening Standard Future Theatre Fund in associated with TikTok and National Youth Theatre. Read more about Fran's win in the Audio Design Catagory and read NYT CEO and Chief Exec Paul Roseby who chaired the panel of judges on why the awards are a vital boost for young creative talent.

Congratulations to NYT Patron and Alum Rosamund Pike who won the Golden Globe for Best Actress in a Musical or Comedy. In 2020 Rosamund gave NYT members a masterclass in how to Self-Tape, which you can watch by subscribing to our NYT Hub. Watch Rosamund talk about how important NYT was to the start of her career.

Congratulations to NYT REP alum and current mentor Ṣọpẹ Dìrísù (pictured right at our 60th gala) and NYT alum Morfydd Clark who have been nominated for the BAFTA EE Rising Star Award, vote for Ṣọpẹ and Morfydd before the awards on 11 April. Photo by Mark Cocksedge.

Congratulations to NYT alum Vanessa Kirby who has been nominated for best leading actress at the EE BAFTAs for her performance in Pieces of a Woman, read the full nominations,

Congratulations to current NYT Member Adeola Yemitan who recently was named as one of three winners of the Samsung Spotlight competition, with her stunning original short 'Mystery', which you can watch below and has been viewed more than half a million times across platforms. Read more about Adeola's win. We're grateful to Samsung for their support of National Youth Theatre at this challenging time for young creative people. 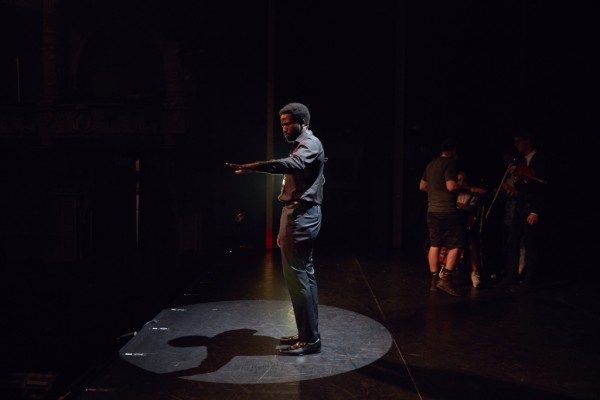