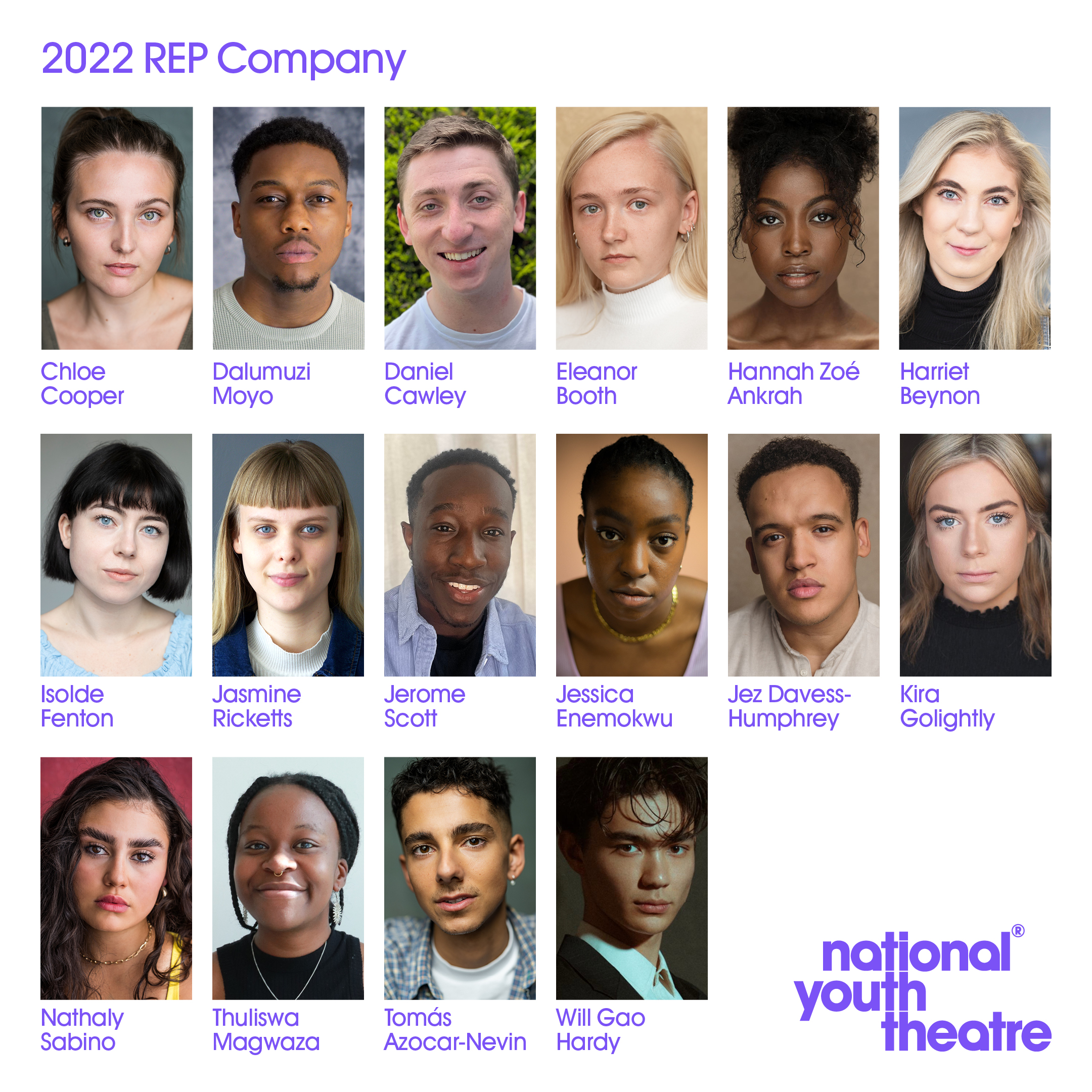 Since the NYT REP Company launched in 2012 in response to rising tuition fees over 150 performers have benefitted from this free industry-based alternative route into the industry and REP Companies have toured leading UK and West End Theatres.

Bola Agbaje’s Olivier Award-winning remarkable debut GONE TOO FAR! returns to the London stage in 2023 for the first time since becoming a GCSE set text.

When two brothers from different continents go down the street to buy a pint of milk, they lift the lid on a disunited nation; a world where everyone wants to be an individual, but no one wants to stand out from the crowd, and where respect is always demanded but rarely freely given.

Agbaje’s comic and vibrant drama examining identity and heritage is the first co-production between Theatre Royal Stratford East and the National Youth Theatre.

Starring some of Britain’s best young talent from the illustrious NYT REP Company in its 10th anniversary season, the production follows the NYT’s collaboration with Agbaje on Bitches at the Finborough Theatre in 2016. Gone Too Far!’s premiere at the Royal Court Theatre in 2007 starred NYT Patron and alumnus Zawe Ashton. It was adapted for the big screen to critical acclaim in 2013.

Paul Roseby OBE, NYT CEO & Artistic Director said: ‘It’s fitting that in the NYT REP’s tenth year we should land at such a prestigious venue rooted in great story telling for local communities on a national scale. Our stars and values are equally aligned to give the next generation of unique story makers the vital platform they deserve.”

National Youth Theatre is a pioneering youth arts charity which has nurtured the talent of hundreds of thousands of young creative people over the past 66 years. It has an active creative network of over 14,000 young people UK-wide and regularly produces critically acclaimed work on screen, on leading stages and at iconic sites at home and abroad.

In 2022 the charity will launch its 10th anniversary NYT REP Company, an award-winning free alternative to formal training, continue its work in non-mainstream schools through its national Inclusive Practice Collective and continue to support and nurture 5,000 young creative people through its short courses and long-term employment programmes. The charity recently won the 2022 Architects Journal Retrofit Award for the major redevelopment of its Creative Production House and is a major partner on LEEDS 2023. Its alumni include some of the world’s most celebrated performers, award-winning backstage talent working globally at leading theatres, stadiums and events and cultural leaders around the world.

National Youth Theatre would like to thank the following for their support of our 2022/23 NYT REP Company: Arts Council England, The Leverhulme Trust, Spotlight, The Idlewild Trust and the Clothworkers’ Foundation. We would also like to thank all of NYT's Centre Stage Supporters and Investors in Talent.